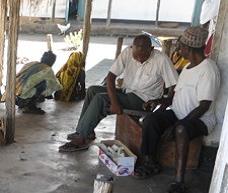 Cutting bars of soap for people living with leprosy; by soaking their hands and feet in soapy water, the skin remains supple and is less likely to crack and become infected.

Volunteers’ Week is an annual celebration of the fantastic contribution millions of volunteers make across the UK. It takes place from 1st-7th June every year.

From people who organise fundraising initiatives to our trustees who give their time voluntarily, we’d like to thank all volunteers involved in Rufiji Leprosy Trust helping to improve the lives of those living with leprosy in Kindwitwi.

Through the hard work and dedication of volunteers, people’s lives have been changed and Kindwitwi has come a long way since its establishment. As well as better living conditions and more opportunities, what is encouraging is the stigma of leprosy associated with the village is being overcome. 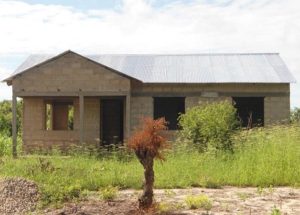 The new office is just 100 metres from the Kindwitwi Leprosy Care Centre ward where we care for older people affected by leprosy unable to look after themselves and other houses to the south.

This is a tremendous result!