Rufiji Leprosy Trust’s primary responsibility is to raise funds to support the work of FRRTL (Foundation for Rapid Response of TB and Leprosy) in the Rufiji District of Tanzania, enabling the work of the Leprosy Care Centre in Kindwitwi. We have nine volunteer trustees across the globe with four trustee meetings a year, mostly via teleconference. Our three objectives are: 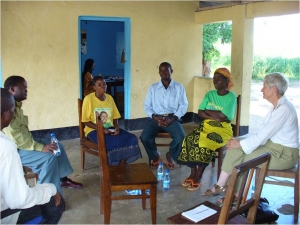 To find and treat leprosy in the Rufiji area of Tanzania

RLT supports medical work and support in Kindwitwi which includes:
– Supporting the work of the Government funded District TB and Leprosy Co-ordinator with outreach visits and support programmes
– Providing funding for the training of local health workers to diagnose leprosy and advise on prevention of disability
-We also support the government run dispensary and fund the salaries of two nurses

To support ex-leprosy patients and their families throughout the district

Currently RLT supports:
– A kindergarten in Kindwitwi
– Contributions to secondary and further education
– Help with agricultural development
– A library and meeting room in Kindwitwi
– Connection of electricity to the centre’s buildings
– A guest house for visits by doctors, specialists and other visitors