Kindwitwi is a remote village in Tanzania’s Rufiji district. It is approximately 120 miles south of Dar es Salaam on the
south bank of the Rufiji River, and came into being in the 1950s when the government of Tanzania sent people living with leprosy to be quarantined. This settlement, known then as a leprosy colony, was a place of indescribable poverty and despair. To see a map please visit here. 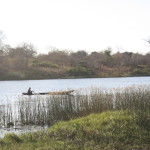 It is in a charming area which as well as the scenic Rufiji river includes a beautiful lake with hot springs and a nearby forest. Unfortunately, it’s not advisable to swim in the lake as flooding has brought crocodiles to the area. Kindwitwi is relatively remote; the next settlement is Utete, 3 miles away, and it is around an hours’ drive along dirt roads to the larger town of Kibiti.

His vision was to give the villagers back their self-respect by showing them that they were not completely forgotten, that leprosy could be cured and that they could learn to develop themselves. Many of the people who live in Kindwitwi are descendants of the first people sent to live there.  You can read more about Kindwitwi’s history by clicking here. 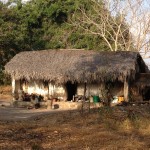 Now Kindwitwi is a thriving community, and while living is basic with limited access to electricity and running water, the community now has permanent buildings, education, proper care and opportunities.

Through the Kindwitwi Leprosy Care Centre, the Rufiji Leprosy Trust enables 20 people affected by leprosy to receive full care support, nutritious meals, their own rooms and medical assistance. Most importantly, as well as being properly cared for, they are able to socialise and be a genuine part of the community. Click here to read some of their stories.

Furthermore, we are currently supporting an additional 25 people affected by leprosy to live with their families in the community. 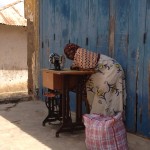 Over 90 children receive an education through our Kindergarten, primary and secondary schools. Most encouragingly, we have supported several students with their higher education studies – and some have returned to the community to share their training in nursing and social work.

The main income for people living in Kindwitwi is through agriculture. As the village is next to the Rufiji river, the villagers’ fields (or shambas) have a top of fertile soil after the annual floods and crops grown include sesame, pumpkin, tomato and green vegetables.

Some villagers have linked with other charities and Kindwitwi now has some shops, something which would have been unheard of twenty years ago.

The village has come a long way since its establishment. As well as better living conditions and more opportunities, what is encouraging is the stigma of leprosy associated with the village is gradually being overcome; just recently one villager’s daughter married a man from a neighbouring village. This would never have happened a few years ago.