Kindwitwi is so remote you won’t find it on google maps! The nearest town, Utete, is three miles away. Kindwitwi is a three to four hour drive and approximately five hour bus journey from Dar es Salaam, depending on road conditions. The last hour or so of the journey is on dirt tracks.

Kindwitwi Leprosy Care Centre is at the heart of our work in Tanzania.

Kindwitwi is now a thriving village. The centre plays a vital role in leprosy awareness and education, as well as in the treatment and eradication of leprosy in the Rufiji district of Tanzania.

We help support the employment of a small team of 20 who work for the care and cure of leprosy patients in the hamlet of Kindwitwi.

Support for this work includes:

– a residency to care for villagers needing full care support

– a clinic and dispensary

– supporting the work of the District TB and Leprosy Co-ordinator 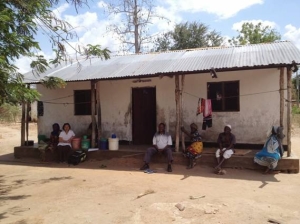 The Ward is situated in the heart of Kindwitwi Village, just behind the tree where Village meetings take place, so the residents are still very much a part of the community and love participating in daily village life.

Each resident has their own private room and as part of funding from FRRTL all their meals are provided. 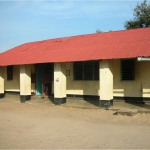 The Polack Dispensary is a large building situated in the centre of the Village.  This building was constructed by the staff and students of the International School of Tanganyika (IST), under the auspices of Mike Maybury, William Powell and Charlie Woolman.  It was named after Ernest Polack, the first principal of the Upper School. Initially, the Dispensary was primarily dispensing the drugs used to treat leprosy. Over the years, it has grown in size, now treats many other ailments and features a Mother and Baby Clinic. Medicines are free and many people come from the surrounding areas to be treated. The building was handed over to the Tanzanian government in 2019. The government now provides the drugs and funds the dispensary health-care workers. 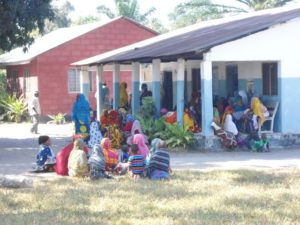 We support the work of the District TB and Leprosy Co-ordinator (DTLC) with funds to support a team to visit rural villages and screen for cases of leprosy.

This team helps by:

– diagnosing leprosy and decide what treatment is best (choice of drugs, treatment location and whether the person will need to come for more specialised treatment)

– educating and advising local health care staff how best to recognise, manage and treat their patients in their villages 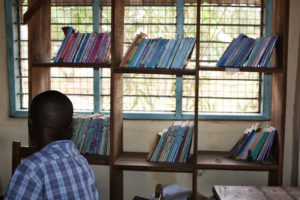 Kindwitwi has the only pre-school kindergarten in the whole district, and is currently expanding thanks to donations from the International School of Tanganyika. We paid for the two training of the two teachers. All Kindwitwi children then progress to primary education at schools in the neighbouring villages of Nyanda or Katundu.

Via FRRTL, the Rufiji Leprosy Trust provides support for gifted students from leprosy affected or very poor families to continue with their secondary or tertiary education. 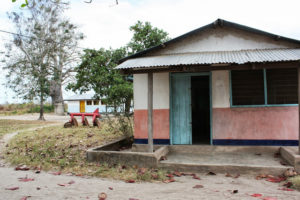 Studying in the evenings can be difficult in Kindwitwi because it gets dark at 6pm in Tanzania and most houses in Kindwitwi don’t have electricity.

To help address this we funded a library with solar panels. Students living at home can study in the evening there without the distraction of family life going on around them. A library is actually quite unusual in villages such as Kindwitwi, particularly as we have a complete set of secondary school text books to suite the national syllabus.