Skip to content
Home » Leprosy in the Rufiji district of Tanzania

Although the average incidence of leprosy has decreased in recent years, WHO statistics conceal some hot-spots where the incidence is very much higher.

The Rufiji area is one of these.

Many villages in the Rufiji area are very remote and isolated, which has led to poverty and poor nutrition – both of which are known to be factors in catching leprosy.

Prolonged contact with the organism is also thought to be a predisposing factor and so some families seem particularly vulnerable. 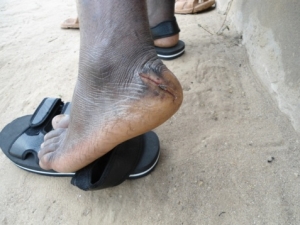 In some ways this is the worst consequence: the obvious signs of leprosy, the falsely held belief that the disease is incurable has lead to the shunning of people affected by leprosy.

There have been times when a person with leprosy has been literally chased out of their village. Even those who have been cured can still be shunned.

It will continue to be an education process to dispel these myths and encourage people to come forward to be cured.

Your donation will make a difference