Everyone has different experiences of living with leprosy. These are just some of the stories from the Kindwitwi community. 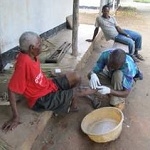 Mr Selulu is the youngest person receiving full care. He thinks he was born in 1941 and came here in 1969; at the that time, people who had contracted leprosy were being rounded up and isolated. He felt bad and said some people hid to avoid being sent away. Mr Selulu worked in the Kindwitwi dispensary for many years dressing wounds and administering medication. However, as he is now unable to look after himself, he receives full care support. Recently his daughter married someone from another village; a very positive sign that the stigma surrounding families affected by leprosy is lessening.

In 1950 Mr.Kambo was living in Mohoro and moved Kindwitwi when he found out he had leprosy. He was here when Father Robin moved to the village in the 1960’s. He married and had two children, one of whom still lives in the village. Although he has significant disabilities from the effects of leprosy, he is able to make mats which he sells to other villagers. He says enjoys his life in the village. 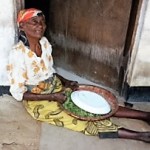 Zaituni came from Ikwirwi with her husband and 3 children. Although her husband has since died, the rest of the family live with her at Kindwitwi. Her children help her collect firewood and water, and help with the cooking. Zaituni doesn’t want to go back to her home town as she feels people don’t like her because of the way she looks. 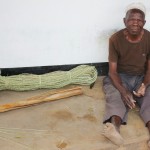 Mr Omari was married when he contracted leprosy. He was sent to live in a hut in the bush before moving to Kindwitwi, and he hasn’t seen his wife since. Although his children did visit him, because of the stigma of leprosy, the rest of the people in their village refused to go to their house, terrified they may become infected. Mr Omari says he feels ashamed of his disease but likes it at Kindwitwi. 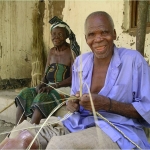 Saidi came to Kindwitwi from Kisiju Village. His first wife divorced him when he was diagnosed with leprosy and his neighbours refused to visit him. In Kindwitwi he married again and Saidi and his wife cultivate rice, maize and sesame for themselves and to sell to other villagers. Their 3-year- old son enjoys attending the Kindergarten. Saidi said he is proud to live Kindwitwi because he feels safe and does not feel stigmatised.