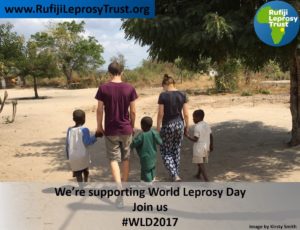 The day was established by Raoul Follereau in 1954 as a way to raise global awareness of this deadly ancient disease and call attention to the fact that it can now be prevented, treated and cured.

World Leprosy Day is on the Sunday nearest to 30 January. This date was chosen in commemoration of the assassination of Mahatma Gandhi on January 30, 1948.

During his lifetime, this Indian freedom fighter worked tirelessly towards improving the lives of people living with leprosy and to reduce the stigma associated with the disease.

Some leprosy statistics from around the world:

Did you know leprosy has an incubation period of up to 20 years and 95 per cent of people have a natural immunity to leprosy?

Check how much do you know about the disease by taking the International Federation of Anti-Leprosy Associations World Leprosy Quiz.