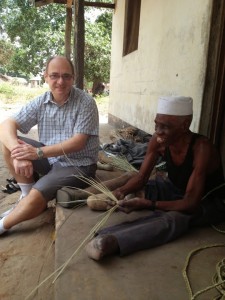 We were very sad to hear the passing of one of Kindwitwi’s much loved and oldest residents, Mzee Mkambakamba last month. Mkambakamba was 80 years old (we think) when he died, and had been living in Kindwitwi for over 50 years pour remplacer viagra.

He was originally from Mohoroa, and came to Kindwitwi when he was diagnosed with leprosy, leaving behind his wife, friends and family.

In Kindwitwi, he became a valuable and much loved member of the community, living a very full and happy life. Mkambakamba married again and has two daughters, although his second wife, who also lived with leprosy, died a while ago.

We really encourage people living with leprosy to support themselves in some way. Many in Kindwitwi sell chickens and produce from their shambas (fields). However, Mkambakamba was a talented weaver and earned money selling brushes, mats and also rope for beds.

Although he sold his products mainly in Kindwitwi and the nearby Utete, visitors to the village would also buy them, so some have apparently made their way to Dar es Salaam!

Mkambakamba was also a keen fisherman and regularly went out fishing with friends until his health deteriorated due to old age.

Kindwitwi will miss Mkambakamba’s big smile, sense of humour and playing ‘Bao’, a rather complicated Tanzanian board game. 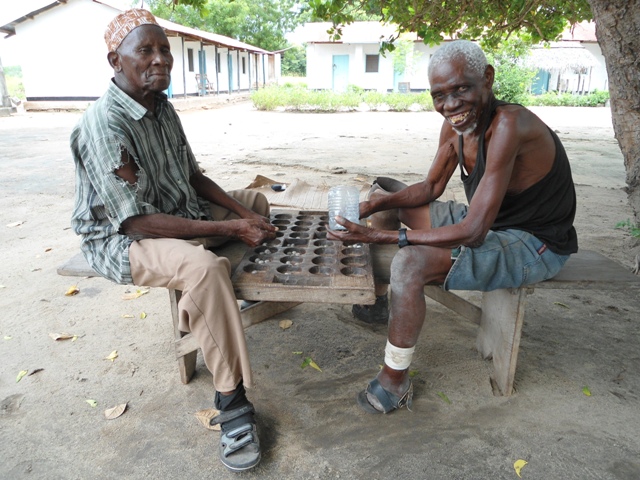 Mzee Mkambakamba playing Bao with a friend, a rather complicated Tanzanian board game

Our thoughts are with his friends and family and the whole village at this time.