Salum Kipoloya, our shoemaker in Kindwitwi explains how the new ferry has made a difference to village life and gives an update on the latest harvest.

As the village is next to the Rufiji river, the villagers’ fields (or shambas) have a top of fertile soil after the annual floods. This is important as the main income for people living in Kindwitwi is through agriculture. 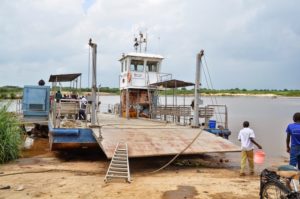 “I thought you might like to hear more about this new ferry as it has made such a difference to us.

The Government has purchased another boat after the first one broke down. The new boat is small and is only for only passengers rather than vehicles or motorbikes. This boat can carry up to 40 passengers and is called MV MKONGO.

Villagers from Kindwitwi will benefit from this boat because they will be able to transport their crops from their fields to the market easier.” 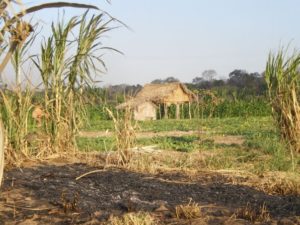 One of the Shambas (field) in Kindwitwi

“We are pleased to inform our readers the rains this season were much better than in previous years.  This means we were able to plant and grow larger amounts of rice as well as simsim (sesame), used to sell at the market or for personal use.

We have been told simsim is not a common crop in the United Kingdom so we wanted to share with you some information about it so you can see why it is so important for us here in Kindwitwi.

Simsim is a flowering plant cultivated for its edible seeds. It has one of the highest oil contents of any seed and is believed to be the oldest oilseed crop known to man, domesticated well over 5000 years ago.

Simsim is a very drought-tolerant plant with an ability to grow where most crops fail and Tanzania is the 5th largest producer of simsim worldwide. 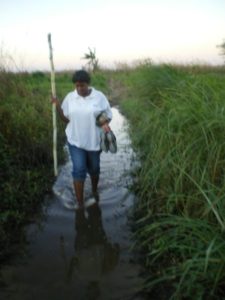 In fact, because the rains were so prolific this season we actually lost some of the simsim produce because it turned rotten in the flood plains.  This loss was offset by the fact we had plenty of rice and a lot of the simsim was preserved in a good condition.

Now the rice and Simsim season is coming to an end we are planting maize, pumpkins and other vegetables in the flood plains by the Rufiji River. 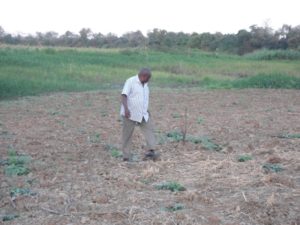 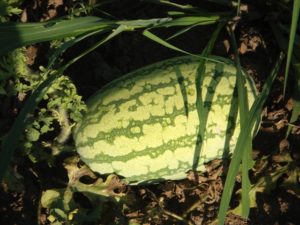 “Watermelons have not been traditionally grown in the village, however they were introduced by the Singida and Mwanza communities and have proven to be very popular!”

We also harvest cashews (Anacardium occidentale) which you may know is indigenous to Brazil. In the 15th and 16th century, it was taken to West Africa, East Africa and India by the Portuguese.

It spread naturally because it is undemanding, tolerating poor soils, low rainfall and its commercial potential especially for Cashew Nut Shell Liquid (CNSL) and the raw nut (RCN). In recent years the government in Tanzania has increased its focus on cashew nut production, seeing this as a potential source of wealth for Tanzania that is currently under explored.

As such in our region we are being strongly encouraged to grow cashews and receive subsidies and support from the government to do so.

We are currently in the season where we can harvest the cashew nut fruits and send them to market to be sold in November.”