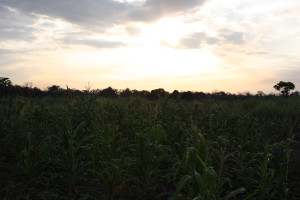 The main income for people living in Kindwitwi is through agriculture and we actively encourage and help the villagers be self-sufficient.

Each villager has a field, known locally as a ‘shamba’. These have a top of fertile soil after the annual floods and crops grown include rice, sesame, pumpkin, tomato and green vegetables.

As well as growing food for themselves, some villagers are able to sell produce to the local shop.

One of the crops commonly sold is rice and villagers get a better price if they pay to have the rice husked first.

Sesame is also a good crop to sell, and with the help of donations, we were able to build the village a grain store. This is an enormous benefit as it means villagers can store the sesame and sell it when the price increases. Other charities assist villagers with loans to tide them over until the price is right to sell the grain.

The business concept of husking rice and the storing and selling grain when prices are higher were initially very new to the village. Changes such as these greatly help in making Kindwitwi villagers more independent. Furthermore, they bring money into the local economy. 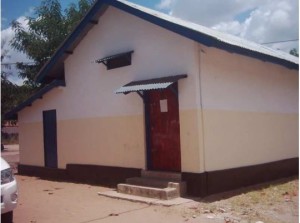 This in turn helps other local businesses. Kindwitwi now has several shops, and the local grocery store now has electricity so is able to sell cold drinks.

Most importantly, many people living with leprosy are able to work on their shamba and some run other businesses – one individual collects firewood, which he makes into bundles to sell, while another sells his handwoven mats.

This greatly helps with self-esteem and enables them to be a real part of the community.

Did you know…. sesame (or simsim as it is sometimes known) has one of the highest oil contents of any seed? Farmers have been growing it for over 3000 years so it is one of the oldest oilseed crops. 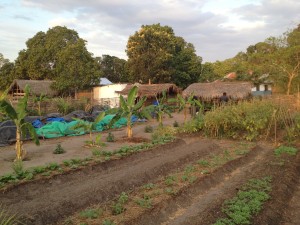 This flowering plant is very drought resistant so it is ideal for areas of little rainfall or water supply.

The seeds can be eaten raw or roasted, and we often see them sprinkled on bread or added to fish and vegetables to enhance the flavour.

In many countries, children particularly love the seeds when they are mixed with sugar and made into sweet balls, although in Kindwitwi, sugar is definitely a luxury.